I worked with a copywriter to develop visual concepts and headlines for dealerships across Germany who were planning to build new Jaguar, Land Rover, or dual brand locations. Our designs would appear on some construction elements, like scaffolding, fences, and constructions cranes, to create interest in the new dealership. We also developed ideas for the new and existing buildings.

For Jaguar, we developed a concept called “The Cat.” The headline translates to “We’ve Let the Cat out of the Bag,” which, combined with one of the two visuals, hopefully creates anticipation for the future dealership. There are two visual options related to this headline: one shows an empty bag with jaguar footprints leading away from the opening, and the other is a front view of an F-Type mostly in shadow, with its headlights on. 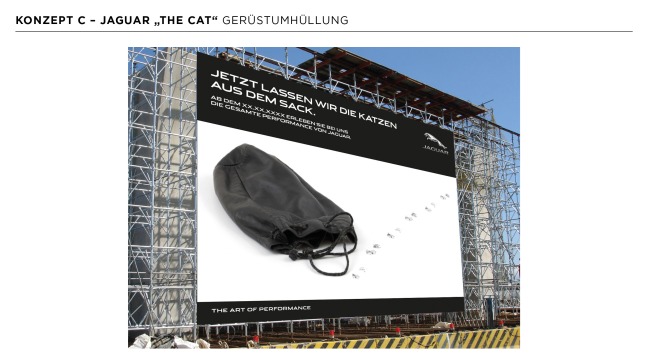 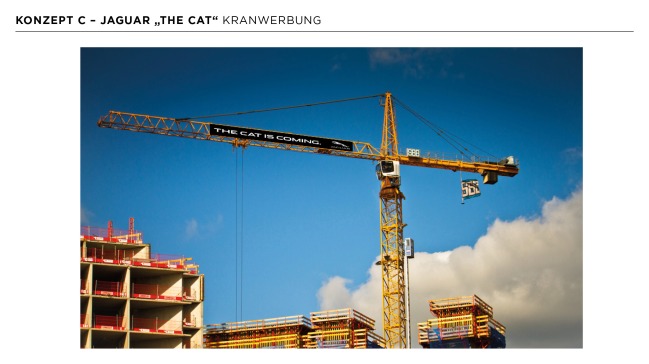 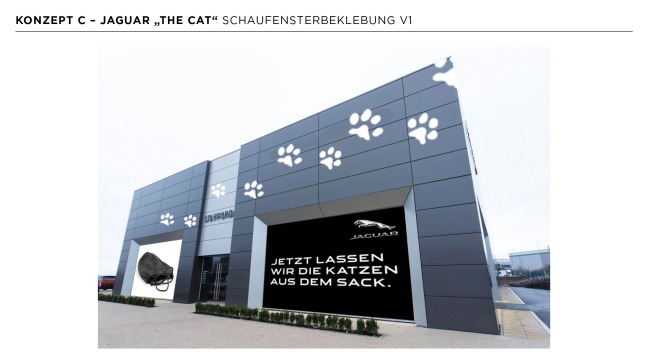 We also created “wild card” ideas, which don’t necessarily conform to the brand’s visual guidelines, but are still visually intriguing. The first idea shows a red curtain with claw marks across it, with the headline “Something Big is Coming.” This is on the scaffolding outside of the construction zone.

The second wild card idea is a car-sized box, which starts to “growl” like a cat and shake, as if something inside were trying to escape.

The third idea is a screen mounted on the newly finished building, which shows an hourglass slowly trickling away. The headline which appears at the end of the animation is “The Wait is Over.” 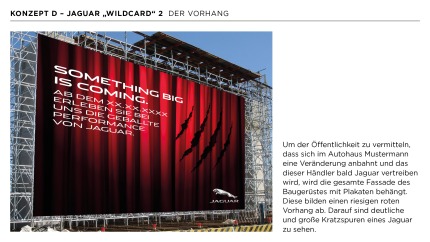 For Land Rover, our concept was called “The Suit.” I created a key visual of a person wearing a suit and tie in Land Rover brand colors, covered in mud, as if they had been driving off-road with the window down. The image is a personification of the car, which still looks put together even when a little dirty. The headline for this concept was “Dirty. Sexy. British.” 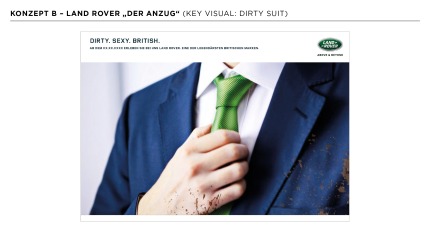 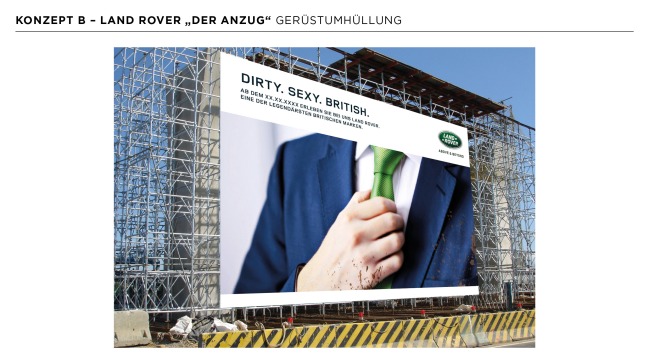 The wild card ideas for Land Rover resembled the ones for Jaguar, except for the first one. We wanted to place a car on the roof of building and cover the outer walls with decals that resembled dirty tire tracks.

The box for the Land Rover idea would appear to be made of wood, and play ambient jungle sounds (animals, birds, etc.) when a person walks by. 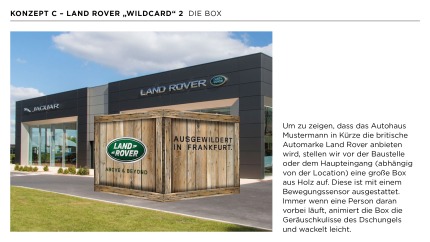 The Dual Brand concepts mostly focused on a “British Invasion” idea (as the main commonality between the two brands is that they are British). We developed ideas that used specific locations of the new retail sites (Frankfurt Keep Calm. The British are Coming), played with using only the logos, and which showed the different locations where each brand shines (metropolitan city for Jaguar, rugged off-road for Land Rover. The headline for the last concept translates to “On or Off, the Most Important Thing is the Road.” 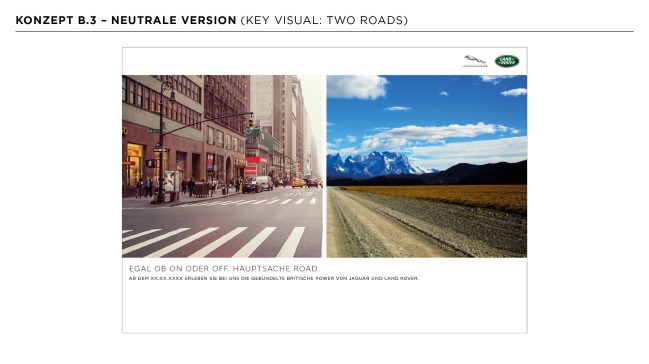 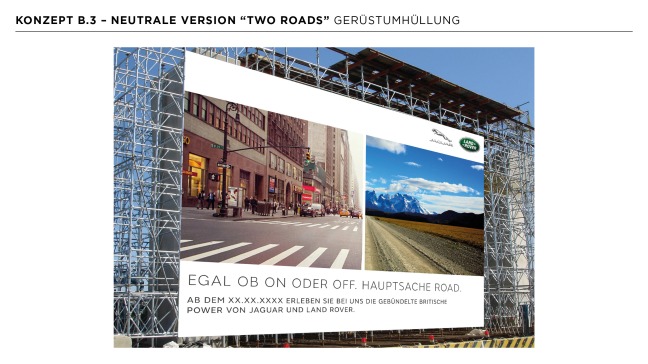 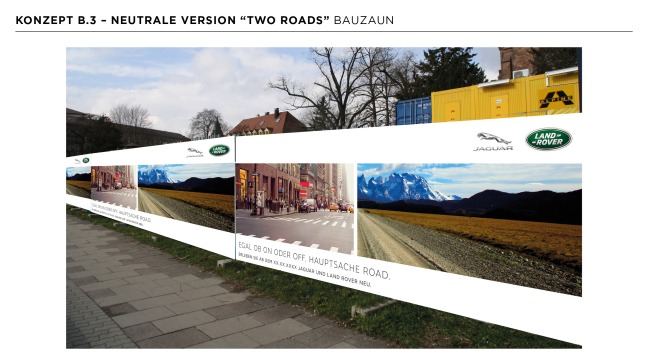